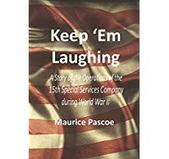 What People Say About Us

“Zenosox  absolutely nailed it! I told him what I wanted, told him how much I had to spend and he came back with a stunning proposal. I won’t go anywhere else.

"I haven't had time to look at this website but I think it looks very promising.  He seems to understand what people want, even when they didn't know they wanted anything."

Abstraction is truth.  My paintings represent non-idealized portraits of a non-linear world.  The human mind tends only to actually see the different, the unknown.  Keep looking, but not for the comfortable reality of idealism.

My degree is in history.  I spent two years in graduate school before extracting myself from that career path.  While still somewhat at odds with the profession, I retain my interest in history itself.  It is a perspective, a frame of mind.  A way to make sense of the world.  It can also be done very poorly and lead to misunderstanding and outright untruth.

Such is the case of the story of The National Progressives of America.  Philip Fox La Follette, Governor of Wisconsin and youngest son of Fighting Bob La Follette, attempted to realign the politics of the New Deal Era in April of 1938.    It was a complete failure.

I try to accomplish the same attitude in my woodworking as in my painting.  While the medium has its own rules and realities, the aim is always to make the something that forces people to look anew at the possibilities.